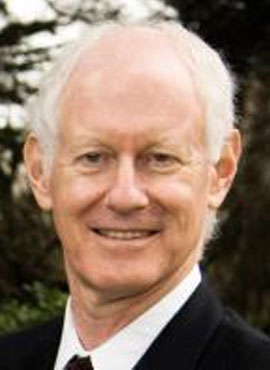 Larry M. Sweet is professor of the practice in robotics and associate director of technology transition in the Institute for Robotics and Intelligent Machines. He focuses on establishing a new Technology Transition Laboratory, taking IRIM research with high-impact potential to successful industrial deployment.

Sweet received his Ph.D. and M.S. degrees from MIT, and a B.S from the University of California, Berkeley. He was a tenured faculty member at Princeton University, where he received a Guggenheim Foundation Fellowship, the Rheinstein Outstanding Faculty Award, and the ASME Dynamic Systems, Measurement, and Control “Best Paper of Year” award with his courses twice recognized as the “Ten Best” at Princeton.

Most recently he was CTO at Symbotic, leading the conceptualization, design, and implementation of transformational warehouse automation technology using fleets of high-speed autonomous mobile robots in dense three-dimensional structures. This technology provides fully automated product handling and palletizing without human contact — from initial project startup to a pipeline of operational systems — for leading customers in four vertical market segments. During his time at Symbotic, Sweet was recognized for his achievements with numerous awards, including the 2013 Edison Award for Productivity and the 2015 Manufacturing Leadership Supply Chain High Achiever Award.