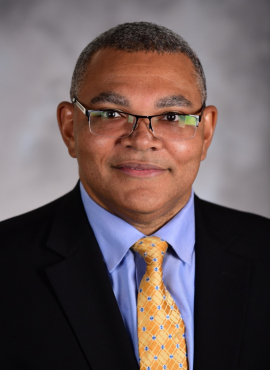 John-Paul Clarke is a College of Engineering Dean’s Professor in the Stewart School of Industrial and Systems Engineering, with a joint appointment in the Daniel Guggenheim School of Aerospace Engineering (AE), and director of the Air Transportation Laboratory at the Georgia Institute of Technology.

His research focuses on the development and use of stochastic models and optimization algorithms to improve the efficiency and robustness of aircraft, airline, airport, and air traffic operations. Of particular note, his research in aircraft trajectory prediction and optimization, especially as it pertains to the development of flight procedures that reduce the environmental impact of aviation, has been instrumental in changing both the theory and the practice of flight procedure design.

Dr. Clarke was co-chair of the National Academies committee that developed the U.S. National Agenda for Autonomy Research related to civil aviation, and a member of the National Academies committee that reviewed the Next Generation Air Transportation System. He is currently co-chair of the Joint Planning Committee for the AIAA-AAAF Aviation Noise and Emissions Reduction Symposium (ANERS) and a member of the NASA Advisory Council Aeronautics Committee. Over the years, he has chaired or served on advisory and technical committees chartered by the AIAA, EU, FAA, ICAO, NASA, the National Academies, the U.S. Army, and the U.S. Department of Transportation.

He received the S.B., S.M., and Sc.D. degrees from the Massachusetts Institute of Technology in 1991, 1992, and 1997, respectively. His many prior honors include the 1999 AIAA/AAAE/ACC Jay Hollingsworth Speas Airport Award, the 2003 FAA Excellence in Aviation Award, the 2006 National Academy of Engineering Gilbreth Lectureship, the 2012 AIAA/SAE William Littlewood Lectureship, and the SAE Environmental Excellence in Transportation Award in 2015. He is a Fellow of the AIAA and is a member of AGIFORS, INFORMS, and Sigma Xi.