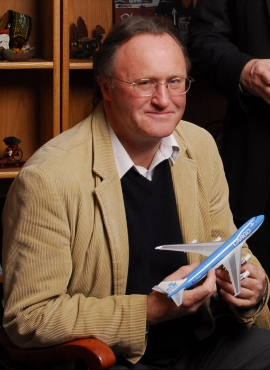 Dr. Southworth is a transportation consultant and an Adjunct Principal Research Scientist at the Georgia Institute of Technology in Atlanta.  Between 1984 and 2011 he held various R&D and managerial positions at the U.S. Department of Energy’s Oak Ridge National Laboratory, leaving to take a faculty position at Georgia Tech in February 2012. Prior to joining ORNL he was a faculty member in the Civil Engineering Department at the University of Illinois in Urbana-Champaign, and before that a research officer at the Institute for Transport Studies at the University of Leeds in England.

Dr. Southworth has published extensively on transportation planning topics, and been involved in the management of a number of large transportation data and modeling projects that have produced widely used datasets and software tools, receiving a number of awards for his research. Most of this research has been for federal agencies, including the Environmental Protection Agency, the Agency for International Development, and various branches of the Departments of Agriculture, Commerce, Defense, Energy, Homeland Security and Transportation. He has also carried out research for, among others, the National Science Foundation, the Transportation Research Board, the Brookings Institution, the Pew Center for Global Climate Change, the Tennessee Valley Authority, the Georgia, New York, and Tennessee State Departments of Transportation and the British Science Research Council. An innovator in combining geographic information systems software, network flow estimation methods and engineering cost models to display freight movement patterns, in 1992-93 he oversaw creation of the database that produced the first digital mapping of the National Highway System.

He is a past member of the  American Transportation Research Institute’s Research Advisory Committee and a current member of the Atlanta Regional Commission’s Freight Advisory Task Force, and has regularly served on regional and national research panels dealing with data, statistical and mathematical modeling issues in both freight and passenger transportation.