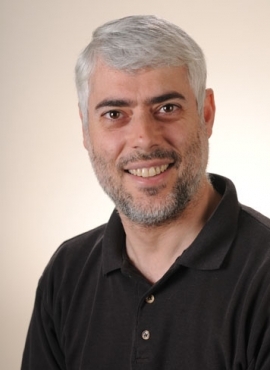 Joel Sokol is a professor in the Stewart School of Industrial and Systems Engineering and Director of Georgia Tech's interdisciplinary Master of Science in Analytics degree (on-campus and online).

His primary research interests are in sports analytics and applied operations research. He has worked with teams or leagues in all three of the major American sports. Dr. Sokol's LRMC method for predictive modeling of the NCAA basketball tournament is an industry leader, and his non-sports research has won the EURO Management Science Strategic Innovation Prize and been a finalist for the Cozzarelli Prize.

Dr. Sokol has also won recognition for his teaching and curriculum development from IIE and the NAE, held the Fouts Family Associate Professorship for a three-year term, and is the recipient of Georgia Tech's highest awards for teaching. He served two terms as INFORMS Vice President of Education, and is a past Chair and founding officer of the INFORMS section on sports operations research.

Dr. Sokol's Ph.D. in operations research is from MIT, and his bachelor's degrees in mathematics, computer science, and applied sciences in engineering are from Rutgers University.