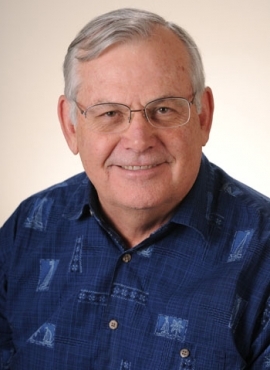 Leon McGinnis is a Professor Emeritus in the Stewart School of Industrial & Systems Engineering at Georgia Tech.

Dr. McGinnis's research focuses on fundamental representation issues in discrete event logistics systems, on performance assessment models, and on the development of integrated computational tools. He has been a leader in developing and administering industry-focused and interdisciplinary education and research programs at Georgia Tech. He helped establish the Material Handling Research Center in 1982 and managed one of five research programs over the next decade. He also helped establish the Computer Integrated Manufacturing Systems Program in 1983, which received a LEAD Award from ASME for excellence in graduate-level interdisciplinary manufacturing education, and served as Director from 1988 to 1998. As CIMS Director, he lead a team that competed for and won a $1 million TRP grant, resulting in the establishment of the Rapid Prototyping and Manufacturing Institute within the Manufacturing Research Center. In 1994, he led a team of Stewart School of Industrial & Systems Engineering faculty to win over $2 million in grants from the W. M. Keck Foundation to create the Keck Virtual Factory Lab as a focal point for IE systems design and control research.

The Institute of Industrial Engineers has recognized Dr. McGinnis with the Outstanding Publication Award, the David F. Baker Distinguished Research Award, and the Fellow Award. He has given the Inyong Ham Lecture at Penn State, the Jones Lecture at Dartmouth, and the Schantz Lectures at Lehigh.

Dr. McGinnis enjoys teaching students how to think like industrial engineers, particularly in developing and using mathematical and computational models to support design of facilities and control systems.

He received his BS in IE from Auburn University, and MS and PhD in IE from North Carolina State University. He is a registered Professional Engineer in the state of Georgia.