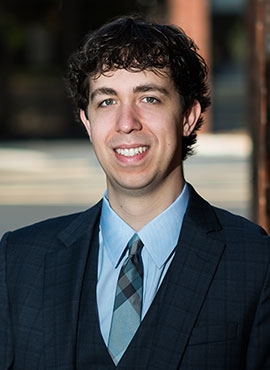 Matthew Gombolay is the Catherine M. and James E. Allchin Early-Career Assistant Professor in the School of Interactive Computing. Gombolay received a B.S. in Mechanical Engineering from the Johns Hopkins University in 2011, a S.M. in Aeronautics and Astronautics from MIT in 2013, and a Ph.D. in Autonomous Systems from MIT in 2017.

Gombolay’s research interests span robotics, AI/ML, human-robot interaction, and operations research. Between defending his dissertation and joining the faculty at Georgia Tech, Gombolay served as a technical staff member at MIT’s Lincoln Laboratory transitioning his research for the U.S. Navy, earning him an R&D 100 Award for his development of “Human-Machine Collaborative Optimization via Apprenticeship Scheduling” (COVAS). His publication record includes a best paper award from American Institute for Aeronautics and Astronautics, and he was selected as a DARPA Riser in 2018. He was also awarded a NASA Early Career Fellowship for his work increasing science autonomy for space exploration. Dr. Gombolay’s research has been highlighted in media outlets such as CNN, PBS, NBC, CBS, Harvard Business Review, Gizmodo, and national public radio.