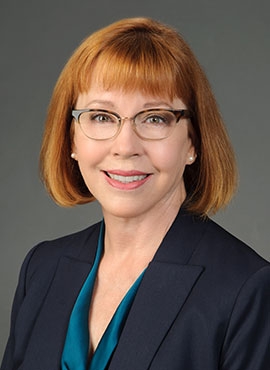 As Associate Dean for Research, Nancey Green Leigh works to strengthen the College of Design’s research impact. She develops and administers competitive initiatives to support individual and collaborative research by college faculty and affiliated researchers. She oversees the college’s seven major research units. She also works to build research connections within Georgia Tech between the College of Design, other colleges and Interdisciplinary Research Institutes, as well as to external funders and collaborators in the public, private and nonprofit sectors.

Leigh is a Professor in the College’s School of City and Regional Planning, and adviser for the economic development planning specialization, working with masters and doctoral students. She has graduated eight doctoral students to date.

Leigh maintains an active research program, and is currently leading a project entitled “Workers, Firms and Industries in Robotic Regions,” funded by the National Science Foundation’s Robotics Initiative.  She previously led a large scale research effort by three universities focused on sustainable industrial systems for urban regions.  Both of these efforts as well as other funded research (brownfields, urban land and manufacturing, resilient infrastructure) contribute to Leigh’s long term focus on advancing sustainable development for local and regional economies.

Leigh is the author of over 50 articles and three books, Planning Local Economic Development, 6th edition (2017 with E.J. Blakely) adopted for courses in a wide array of universities;  Economic Revitalization:  Cases and Strategies for City and Suburb (2002 with J. Fitzgerald); and Stemming Middle Class Decline:  The Challenge to Economic Development Planning (1994).  She was co-editor of the Journal of Planning Education and Research from 2012 to 2016, and was elected a Fellow of the American Institute of Certified Planners in 2008.